The Lowdown, a local voluntary charity based in Kingswell Street, Northampton have been honoured with the Queen’s Award for Voluntary Service, the highest award a voluntary group can receive in the UK.

The lowdown provides free and confidential counselling, sexual health and LGBTQ Services for 11-25 year olds and currently has 62 volunteers helping to provide vital services. It’s a double celebration as the lowdown is also celebrating its 30th Birthday in July and has had approximately 400 volunteers during this time.

Rachel Welsh and Jon Newman (Trustee), who have both volunteered for The Lowdown for over 10 years attended a garden party at Buckingham Palace in May, along with other recipients of this year’s Award.

The Lowdown is one of 281 charities, social enterprises and voluntary groups to receive the prestigious award this year. The number of nominations and awards has increased year on year since the awards were introduced in 2002, showing that the voluntary sector is thriving and full of innovative ideas to make life better for those around them.

The Queen’s Award for Voluntary Service aims to recognise outstanding work by volunteer groups to benefit their local communities. It was created in 2002 to celebrate the Queen’s Golden Jubilee.  Winners are announced each year on 2 June – the anniversary of the Queen’s Coronation. Award winners this year are wonderfully diverse.  They include volunteers helping people overcome mental health problems through sport, volunteers using caravans as mobile cafe/information centres in geographically remote locations and another group mentoring children who have a parent in prison.

Representatives of The Lowdown will receive the award from David Laing, Lord Lieutenant of Northamptonshire later this summer.

“We are delighted that the lowdown volunteers have been recognised for their valuable work supporting the young people of Northampton in their journey towards emotional health and wellbeing.”

“Volunteering for me has always been a means in fulfilling my deeper purpose. By giving back to the community I feel a deep sense of satisfaction. I also see volunteering as an investment in myself by becoming a better person. Volunteering for a young people’s charity enables me to make a better tomorrow because the young people are our future.”  Shaida Bhatti, Volunteer. 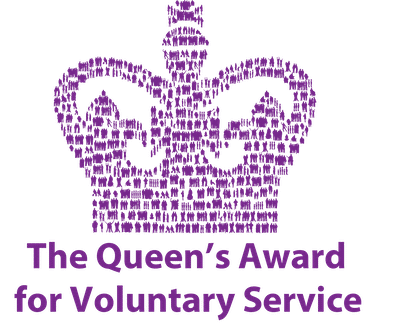