There’s going to be a new superhero coming to Northampton this month – one born from the imagination of the town’s local primary school children – and charged with the mission of helping keep the community safe this summer.

As part of the tour of eight local primary schools last month, the Northampton bodies promoted the importance of keeping safe this summer.

To showcase what they had learned, pupils were then invited to create their own superhero that embodied those safety messages and enter it to be the new lead of the Northamptonshire Police’s campaign.

Following an intense judging process, which involved Northamptonshire Police, Northamptonshire Office of the Police, Fire & Crime Commissioner and Grosvenor Shopping Northampton, a winning superhero design has been selected and will be presented at the official Summer Safety campaign event at the retail complex later this coming weekend.

The winning sketch will feature across of Northamptonshire Police’s summer promotional material, while the pupil behind the new face of safety will also receive £100 worth of vouchers to spend at The Entertainer store based at Grosvenor Shopping Northampton.

PCSO Naomi Coote of the Northampton Neighbourhood Policing Team, said: “We have been holding assemblies at a number of primary schools in the town over the last couple of weeks with our supporting partner agencies, to help give children summer safety tips, which will hopefully help them have a fun and enjoyable summer.

“We have also run a poster competition which is being supported by the Grosvenor Shopping Northampton and the Office of the Northamptonshire Police, Fire and Crime Commissioner, asking children to design their own summer safety superhero. This is to help encourage them to think about the messages we have delivered and hopefully help other people stay safe ahead of the summer holidays.”

James Roberts, centre manager at Grosvenor Northampton Shopping, said: “The Summer Safety campaign that Northamptonshire Police and Northamptonshire Office of the Police, Fire & Crime Commissioner run is an important scheme and we’re pleased to be holding their event this year to help spread those summer messages to the local community.”

“The summer holidays are just around the corner and while we’re all hoping for another year of fantastic weather and sunshine, it’s imperative that we’re prepared for it and know the measures that need to be taken to stay safe.

“The superheroes that were submitted by eight of our local primary schools as part of this scheme show that children have taken on board those messages and expressed them in a creative and eye-catching way. Picking a winner was a really, really, tough – we had a number of fantastic entries – and we can’t wait to show them off on Saturday.” 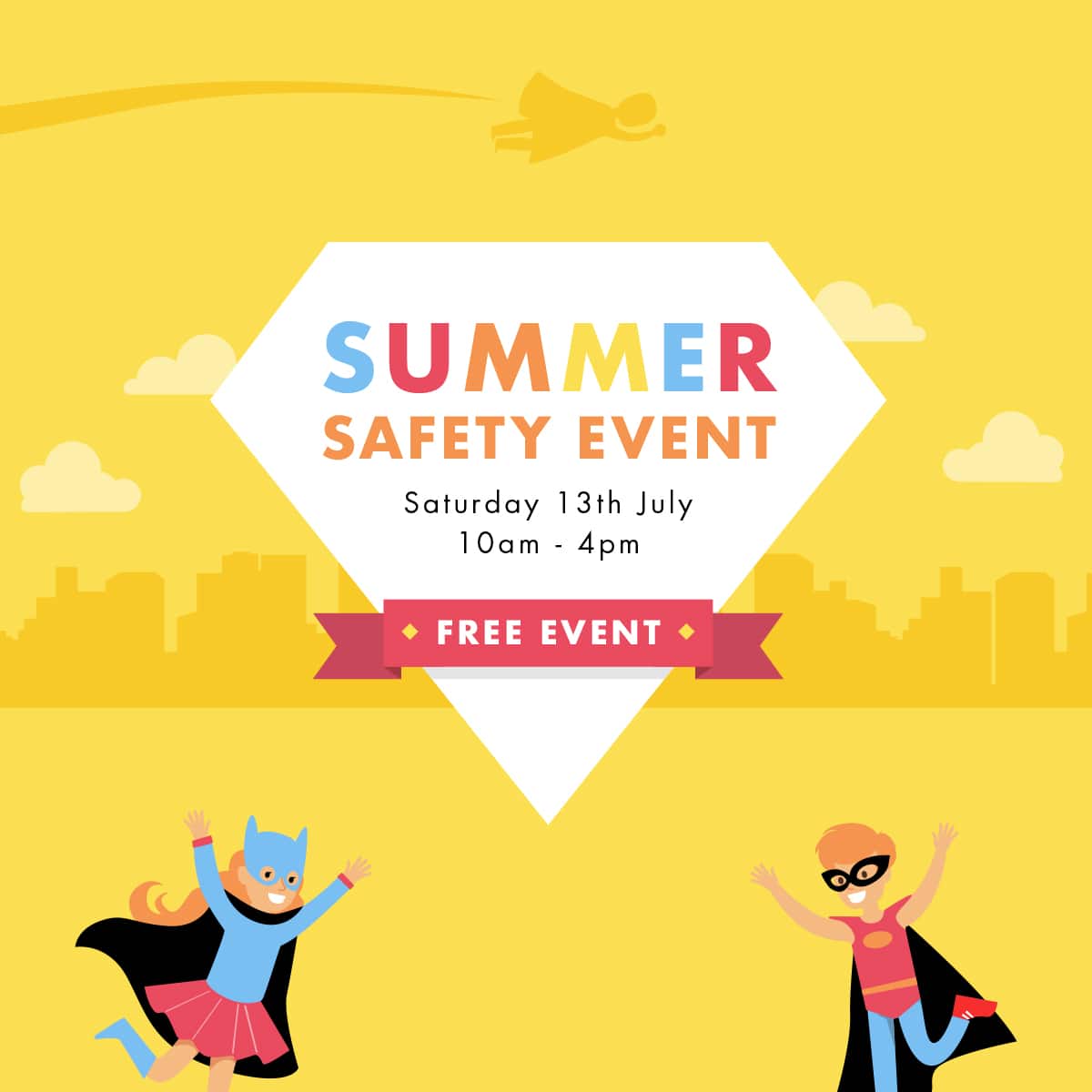