The stage is set for Let’s Grow applicants to shine!

Valentine’s Day planners rejoice! Just weeks after being confirmed as the inaugural winner of Grow at Grosvenor, Leafy House opened up its first pop-up store within the mall on Friday.

The social enterprise, which specialises in selling stunning house plants in Northampton and online, is still due to move into a new permanent unit at Grosvenor Shopping Northampton, which is still on track to open in early spring.

The shopping centre has got some great news for local popcorn enthusiasts too. It has been confirmed that What’s Poppin, another finalist of theGrow at Grosvenor initiative, will also be opening for two days later this week on 14 and 15 February.

What’s Poppin’ is a small batch gourmet popcorn company, based in Abington, which serves the Northamptonshire county with delicious treats. Its reputation locally has seen it branch out to feature at food festivals and markets around the country.

Both local business concepts highly impressed the judging panel comprised of James Roberts, the centre manager, and Evan Ryan, from Legal & General – the owner of the shopping centre – during both stages of the Grow at Grosvenor process.

The initiative launched back in September with the aim of providing small business owners and local entrepreneurs the opportunity to secure retail space at Grosvenor Shopping Northampton, completely free for a year, following on from its refurbishment to provide a more stylish and modern shopping environment in the heart of the town centre.

James Roberts, centre manager at the Northampton mall, said: “Linda’s enthusiasm since being confirmed as the winner of Grow at Grosvenor in December has been infectious and we’re delighted that we have been able to work with her to get a Leafy House pop-up store open in time for Valentine’s Day.

“Alongside that, we’re pleased to also be welcoming What’s Poppin’ to the mall. Mark impressed us a great deal during both stages of Grow. Not only did we like him, but his passion for delivering a different style of popcorn made him standout. I’m sure many of our shoppers will be aware of What’s Poppin’ anyway, but for anyone that isn’t, I think it is going to be a real hit.”

Linda Nowara, owner of Leafy House, said: “Time is going so quickly. I can’t believe is already February and that my new shop will be open very soon at Grosvenor Shopping Northampton. It’s incredibly exciting to have opened a pop-up to give local customers and shoppers a small sample of what they can expect later in the year.

“I’ve brought along some really nice variations of flowers with me – amazing colours and structures – as well as some special plants for Valentine’s Day, like the heart shaped Hoya Kerri, which is a great small gift for everybody. I’ve really enjoyed the first few days working at the centre.”

Mark Abbot, owner of What’s Poppin’, added: “We’re very happy to be given the opportunity to set up a pop-up popcorn shop in Grosvenor Shopping Northampton.

“We will have our 2019 Carlsberg Food Awards Finalists – from the Vegan Vegetarian category – Cocoa Caramel as well as a few other surprises we’ve been working on! What’s Poppin’ will be set up near the market square entrance and we’re going to stocked with samples for everyone. I can’t wait to open later this week.” 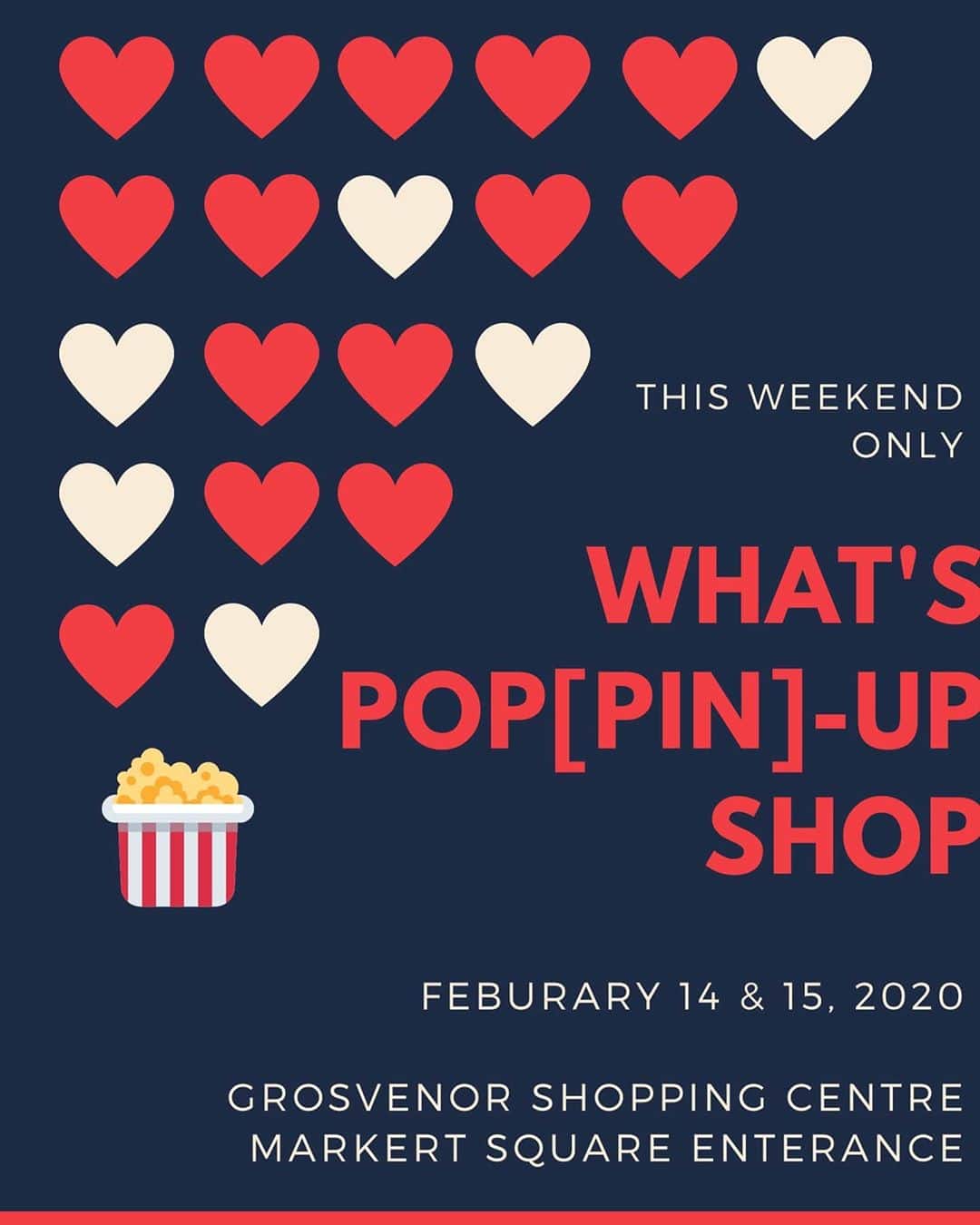